Visit by Minister for Education and Employment Hon. Evarist Bartolo 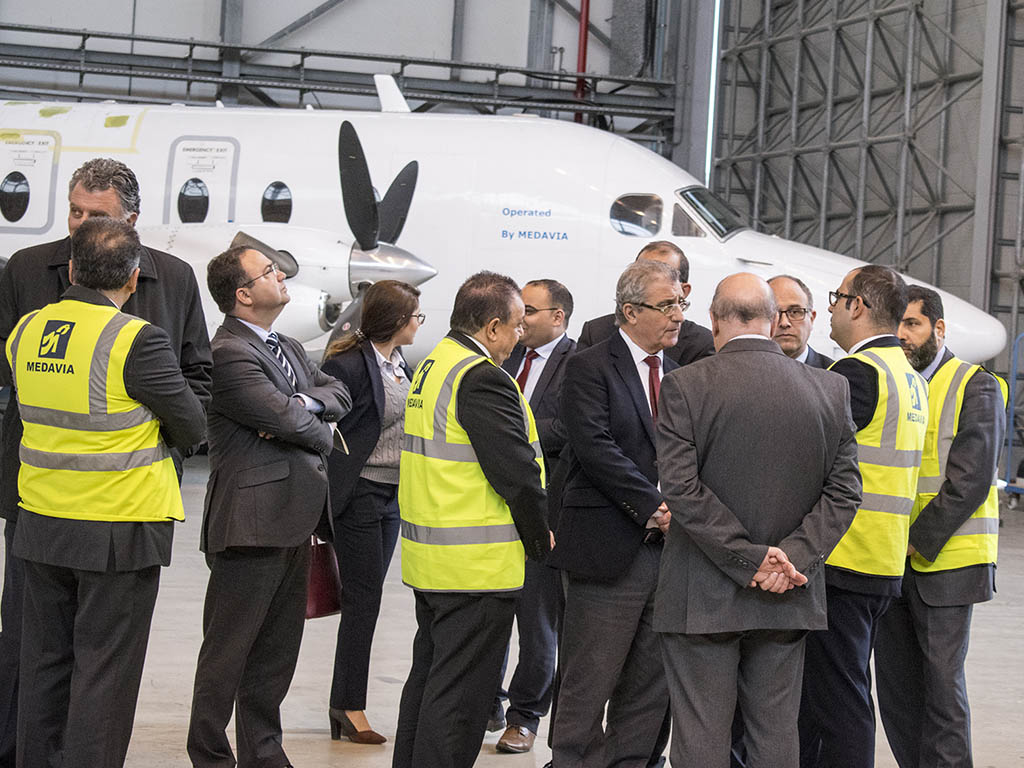 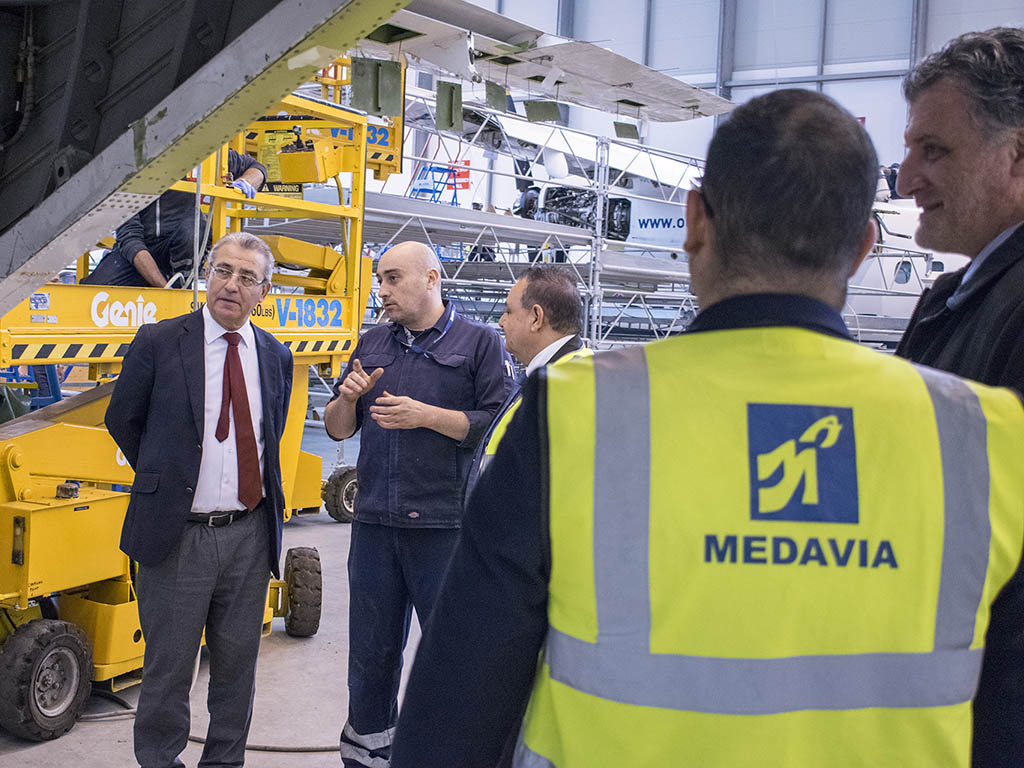 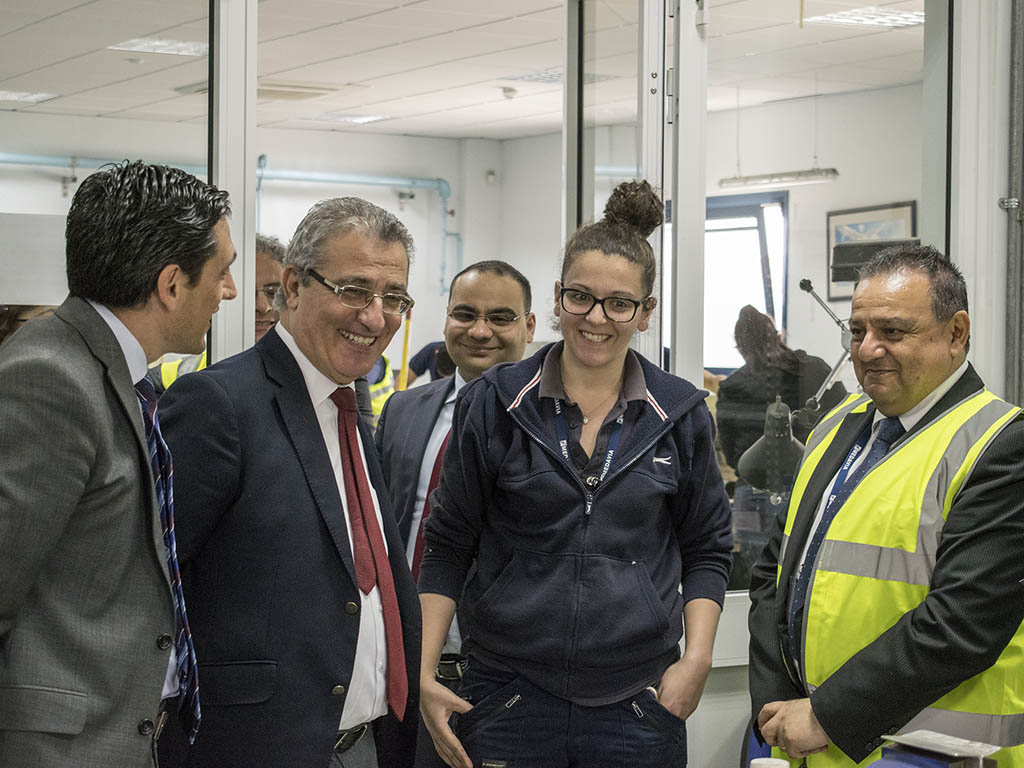 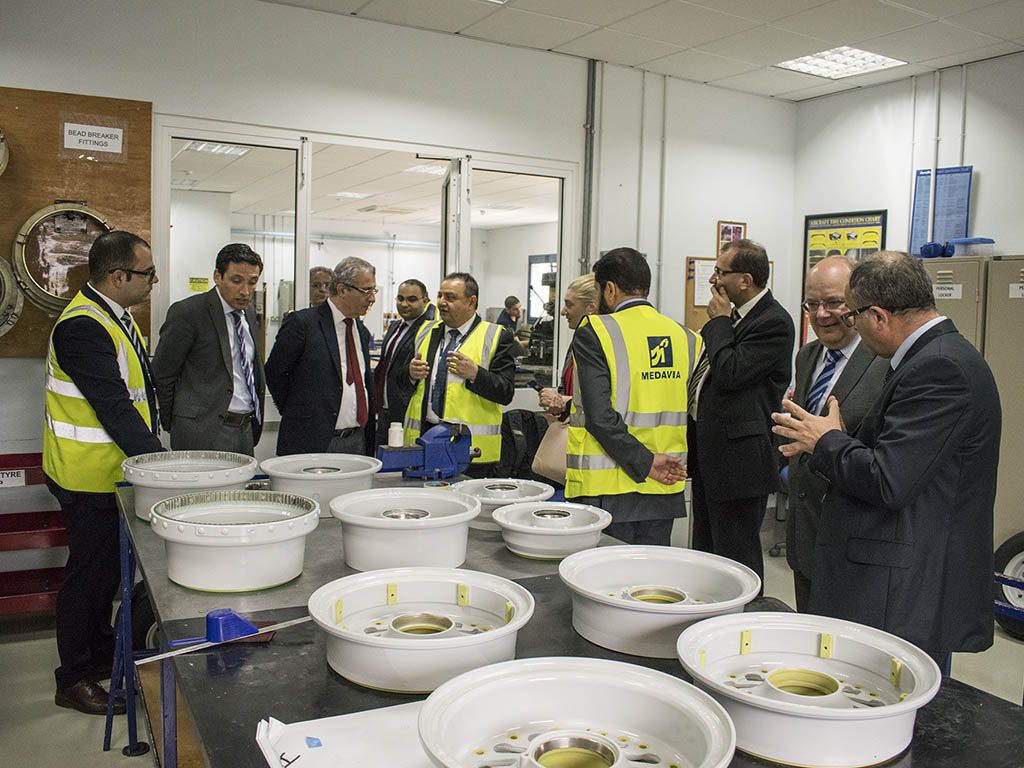 Medavia hosted the Minister of Education and Employment Hon. Evarist Bartolo to a visit on Thursday, 20th April 2017 touring the offices and the facilities. The Minister was accompanied by Mr Joseph Caruana, Dr Frank Fabri, Mr Gaetano Bugeja and Ms Dorothy Falzon, from the Ministry. Dr Silvio Debono, MCAST Chairman and Mr Stephen Cachia, Principal and CEO of MCAST together with Mr Clyde Caruana, Executive Chairman of JobsPlus, also formed part of the delegation.

Medavia Managing Director, Mr Rammah Ettir welcoming the Minister and the delegation introduced members of the Management team giving a short background of Medavia and its operations. Mr Ivan Refalo, Head HR and Corporate Communications outlined the areas of cooperation with the Ministry of Education and Employment, primarily through the cooperation agreement with St Benedict College as well as participation in the recent Careers Expo organised by St Theresa College. Medavia offers placements and internships at all levels starting from secondary school up to graduate at Bachelor and Masters Levels.

Medavia has regularly sponsored MCAST students, with the majority who graduated from the College shaping a successful career within the company itself. MCAST students are also offered internships with the Company not only in engineering but also on the Business Enterprise side.

Collaboration with JobsPlus is ongoing with vacancies advertising as well as provision of training. The launch of the “Investing in Skills” training scheme is very welcome news to Medavia.

The Minister and the delegation were then given a tour of the company’s operations starting from the Flight Operations and Ground Handling Department led by Head Ground Operations, Mr Mark Shaw. Live tracking of all flights are constantly monitored from departure to arrival by technically trained personnel.

A visit to the MRO Part 145 hangar facility was led by Maintenance Head, Mr Daniel Galea and Hangar Manager Mr Emanuel Galea who gave detailed explanations of the maintenance services offered to foreign clients. Medavia has approval for aircraft maintenance certified by the European Aviation Safety Agency (EASA), the American Federal Aviation Administration (FAA) as well as the Libyan Civil Aviation Authority (CAA). Botswanan CAA, Kenyan CAA and Bermuda CAA approvals have been added more recently. Originally Medavia serviced only its aircraft types but along the years more type approvals were added, widening the scope of the services offered. Medavia’s MRO objective is to completely minimise aircraft downtime. In order to meet the ever challenging demands to maintain the highest level of airworthiness, the Company has a fully equipped Avionics Shop, Battery Shops, a Sheet Metal  as well as a Tyre/Wheel Shop, all manned by highly qualified and dedicated personnel. Medavia is also an approved Part 21J Design Organisation, the only company in Malta offering this service.

At the moment the company has a number of open vacancies in the technical Maintenance Part 145 section. It is expected that by the end of the year the workforce in this section would have increased significantly. The company envisages that it would be employing between 30 to 50 employees throughout 2017. Medavia is an equal opportunity employer and certified by NCPE with the Equality Mark.

At the end of the visit Managing Director, Mr Rammah Ettir presented a memento to Minister Bartolo.

This site uses Akismet to reduce spam. Learn how your comment data is processed.

You have a question?

And Need Our Help?